Assassin Behind The Glass

In the underbelly of today's society lurks a very dark subculture. Heinous murders, assassinations, and cold-blooded killings run a mock and go unpunished due to a code of silence funded solely by widespread fear and terror. One brave young woman Talia, dares to walk through the shadow of the valley od death by defying this strict street code. Her risky decision may turn out to be lethal. In a world disguised by lies and false images, trusting old friends suddenly become deadly adversaries, and a long time friend becomes a vital ally.

A pyschological horror/mystery about fame and the price one pays to achieve it.

HIGHER METHODS follows the twisted tale of Matt, an actor whose sister
has gone missing. Matt’s frantic search for his lost sibling, last seen in silent cameo in an
unknown film, leads him to a fanatical theatre group, whose leader employs horrifying and,
ultimately, maddening methods to teach the art of performance. Here, Matt dives down a
frightening “rabbit hole,” joining the other crazed, compelling characters inhabiting this world
with no escape, where it is impossible to determine what’s real and what is only imagined.

A disappearing actress causes her young filmmaker to spiral into reverie and madness.

Hello Joe is about a young filmmaker, Joe, who can’t finish his movie, THE BLOOD OF INNOCENTS. His girlfriend and lead actress, Louise, recently left both him and the production. Joe is devastated. He watches footage of Louise over and over in the editing room; he hangs around his now empty apartment, projecting her image onto the walls to keep himself company. In an attempt to recast Louise's role, Joe begins riding the T for days on end, shooting discreetly the women he sees in public. He imagines what his life could be like with any one of them, but the thought of consummating any of these fantasies constitutes a step he is somehow unable to take.

Simultaneously, a young woman named Jean works as a drug runner for some small-time gangsters, delivering packages in the linings of her extravagant clothing. She also takes the T to work, traveling mindlessly from location to location, meeting people she doesn't know and will never see again. As she tires of her day job, she launches dangerously into her own dreams of making movies, and in them: frustrated directors, disappearing actresses, the blood of innocents the city over...

Twenty Something, Max, struggles with controlling rage in this Psychological Thriller where the director bends the line between Vision and Reality.

Twenty Something Max (Jonathan Phillips) struggles with controlling rage in this Psychological Thriller where the director (Jonathan Michael Wilson) bends the line between Vision and Reality.

A man discovers after a night of drinking that he and one other remain during a zombie apocalypse.

2 Left To Die is a story that focuses on the character development of Manny during the early stages of a zombie apocalypse. Manny recently broke up with his longtime girlfriend Felicia and is now a depressive alcoholic. He cannot bear the thought of losing her and finds being in a constant drunken state as the only way of escape. In a suicide attempt, Manny tries binge drinking to finally end his suffering. His attempt fails and results in him being passed out for nearly a week.

During this blackout period, a zombie apocalypse occurs. There isn’t a known reason [as of yet] for the occurrence. When Manny wakes up, he finds himself in a typical fashion: disheveled and very hung over. As he steps out, Manny soon realizes the world he knew has drastically changed.

While exploring his surroundings, Manny encounters numerous zombies. Naturally, the zombies are hungry and want to feed on him. Now Manny runs for his life. Along the way, he will come across weapons and supplies that allow him to keep going. During a near death zombie encounter, Manny gets saved by a samurai sword welding former cop named Andre. Though it is quite random to meet a samurai, Andre doesn’t say much but is a great companion for survival.

With the two working together, they have a greater chance of survival. So will they make it alive? Are they the only ones alive? What is going on in the world?

There's always more to the story...

Allan Archer, the editor-in-chief of the newspaper club at Alfred Pierce Preparatory School, has taken on the biggest case of his academic career: investigating the suspicious termination of English department chairman, Dr. Peter Carroll.

A mysterious young blond must confront her past in order to reach an uncertain future.

The Curse of Cherry Valley

In 1758, 27 people, the entire settlement of Cherry Valley, vanished. Over the years there have been several others who have also vanished from this area. Now 4 paranormal researchers and one reporter investigate the abandoned village where no locals dare go. They never expected to find what they discovered there. two time award winning producer / director Jim Snell brings you this original and unpredictable mind bending thriller that will take you on the unexpected ride of a lifetime. Coming Summer 2012 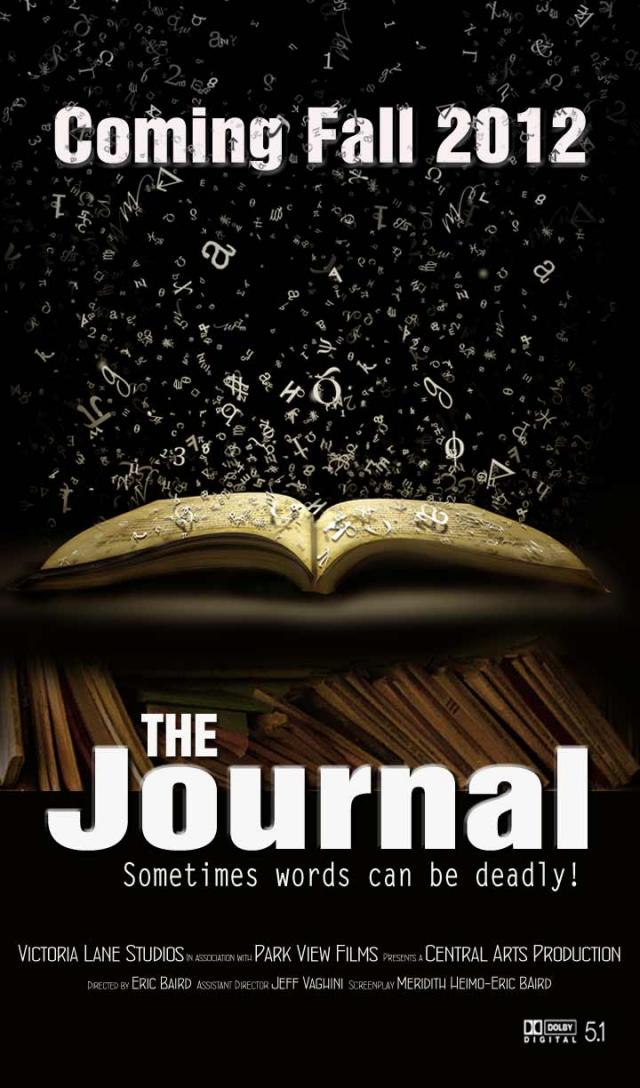 A young author gets the chance of a lifetime to pen her first big novel, but accidentally falls into a huge mess that just might drive her crazy. It is some form of hidden evil she has stumbled upon or is there something else pushing her to the brink of death.

A one hit wonder musician battles writers block and a strange inspirational force at a secluded lakehouse.