A private eye is hired to investigate a cheating husband, and nearly becomes ensnared in a trap. This film was made as part of the Cohase Chamber of Commerce 48 Hour Film Slam, and it was conceived, shot, and finished in 48 hours.

Director(s) Bio:: Tim Joy has directed and produced over 15 short films, and has been featured at the Vermont International Film Festival and the Green Mountain Film festival, as well as online festivals sponsored by dvxuser.com. He recently directed, produced, and edited the 27 minute short, Soul Keeper, adapted from Joseph Citro's short story. He works full-time as a video producer, sound man, and aerial cinematographer. 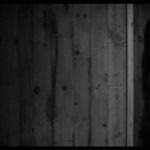