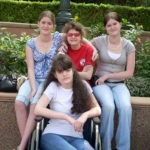 New England Connection: This short film was produced entirely by New Hampshire filmmakers. Marc Dole is a NH native and the owner and founder of Hatchling Studios in Portsmouth. Karlina Lyons, Producer, lives in Portsmouth and works at Hatchling. Jonathon Millman, DP, was raised in NH and currently lives in Dover.

Director(s) Bio:: Marc Dole, Producer/Director/Father of four daughters with mitochondrial disease. Marc is the owner and founder of the award winning Hatchling Studios, an alumni member of the New Hampshire Film Commission, Speaker, Panelist and Filmmaker. His films, including The Toll, Endurance Challenge, and The Norman Rockwell Code, have screened at over 100 film festivals, with 12 “best of” awards. 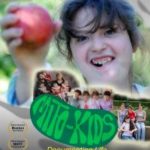