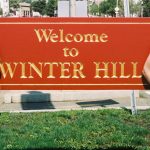 A coming of age story about the tenuous friendship between two adolescent girls, growing up in a working class neighborhood during the early ’90s.

New England Connection: Filmmaker was born and raised in Massachusetts. The film is set in the Winter Hill neighborhood of Somerville, MA.

Director(s) Bio:: Melissa Bruno is a filmmaker and visual artist, born and raised Boston, MA. Her works span from fictional narratives to performance video art with an emphasis on presenting the audience a genuine female perspective. She writes, directs, edits (and occasionally acts) all of her films. She has a BFA in Film & Video from Massachusetts College of Art and an MFA in Cinema at San Francisco State University. Melissa currently lives in Washington, DC where she teaches film courses at Georgetown University.