Fate, Family and the Floundering of a Friendship 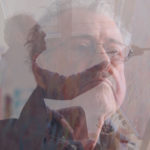 The century old Turkish-Armenian conflict is encapsulated through the personal story of Apo Torosyan, a multi-ethnic artist from Massachusetts. The life and death experiences of his ancestors have left an undeniable imprint in Torosyan’s conscience, forever embedded in his art. This documentary short is part of a larger video project titled “Neighbors in Memory, An entangled legacy in profiles.”

New England Connection: The producer/director as well as the primary production crew as well as the main subjects in this short documentary are all based in Massachusetts.

Director(s) Bio:: Gonca Sönmez-Poole is an American citizen of Turkish descent who has been a member of the Boston media community for the past 35 years. Following her years of producing TV stories for WCVB-TV’s “Chronicle” program, she branched out into international affairs through her studies at the Fletcher School of Law & Diplomacy at Tufts University. Since earning her master’s degree, Sönmez-Poole has worked in television both within the United States and internationally, tackling issues pertinent to minority communities on both the local and national levels.

She founded and led a small 501 © 3 nonprofit, Mediation Way, Inc., between 1999 and 2012. For the past decade she has been spearheading a variety of volunteer efforts within the Turkish and Armenian communities in and around Boston, and writing about the subject of the Armenian Genocide. Sönmez-Poole is the founder of TAWA (The Turkish Armenian Women’s Alliance) and more recently the creator of Neighbors in Memory (neighborsinmemory.net), a website and documentary project dedicated to the legacy of the Armenian Genocide of 1915.

Sönmez-Poole holds a BA in Mass Communication from Emerson College, an MS in Broadcasting and Film from Boston University, and a mid-career MA from the Fletcher School of Law & Diplomacy, where she studied international human rights, minorities, and methods in mediation and conflict resolution.