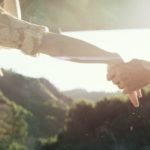 Death makes us want to hold on. Empyrean is about finding the grace in letting go. Sadie’s father, Jim, is dying of brain cancer. It’s only been two months since the diagnosis but he’s already lost his sense of reality – his mind and memory are slipping away even faster than his body. It’s Sadie’s turn to help her mother care for Jim as he runs out the time on the days or weeks that he has left, but the beautiful, rugged landscape that they call home has become a threat as his behavior grows more erratic.

Sadie tries to maintain her strength, but the approach quickly deteriorates throughout restless nights and hazy days as she realizes the peace she hoped to make with her father now seems out of reach — it’s too late for goodbyes and apologies – there’s just the here and now, and the comfort to be found in seeing her father as a man who needs to be released from this world as gently as possible, even if it breaks her heart.

New England Connection: Sophia Savage grew up in New Hampshire, and lived there from birth to age 17.

Director(s) Bio:: Sophia was raised and home-schooled by hippies in the woods of New Hampshire, where she was given ample freedom to explore nature, storytelling and her own imagination. Sophia studied dance extensively while acting in theater productions and having her writing published, all before entering Smith College at 17 to double major in Film and Theater, where she concentrated on Dramatic Writing and Directing. She graduated with top honors and received the institution’s yearly writing award for a play that was subsequently produced. Sophia continued to star on the stage while living abroad in New Zealand, and came to Los Angeles in 2009 where she spent over three years as a staff writer for Indiewire and Thompson on Hollywood. While learning the industry from this vantage point, she continued training as an actor and produced her directorial debut, Empyrean. The short film, which she also wrote, starred in and co-edited, went on to play the festival circuit and win “NH Short of the Year” at the New Hampshire Film Festival and “Best Director” from the Amsterdam Film Festival.
Sophia’s first narrative feature is now in development. She recently shot her first documentary while volunteering in a rural school in Nepal. 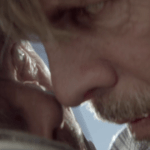 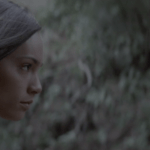