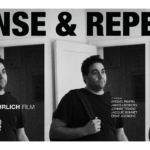 An immigrant restaurant worker, Tomás, shares his plan to transport his family across the border with a wealthy college student, Jonah, yet the plan is complicated by Tomás’ drug-addicted and abusive roommate, Julio.

New England Connection: Writer & director Jacob Ehrlich completed Rinse & Repeat (2020) his senior year as a part of his thesis at Tufts University. The entire film was shot in Massachusetts, utilizing both the surrounding Tufts neighborhoods and a local Medford restaurant, Semolina Kitchen + Bar.

Director(s) Bio:: Jacob Ehrlich is from Los Angeles, CA and a recent Film & Media Studies and Computer Science graduate from Tufts University. His professional work began at Tufts as a teacher's assistant for Film Production I & II. He then spent a summer working as a Post-Production Assistant for Netflix show Big Mouth (2017) in LA, followed by work for The Food Network as a Digital Production Assistant the summer after in NYC. Jacob most recently spent his last semester interning at post-production house, Finish, in Boston. His personal projects include cinematography for web-series Take Two (2017), which received Best Web-Series 2018 from Top Indie Film Awards and cinematography/editing for A Dolt's Life (2018), which received Best Editing 2018 from Maverick Movie Awards. He has since edited Tufts Professor Howard Woolf's short film Dust (2019), with a runtime of 45 minutes and written/directed/edited his thesis, Rinse & Repeat (2020). 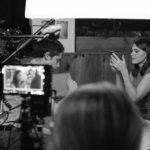 On the set of Rinse & Repeat 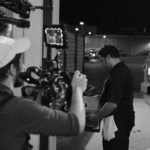