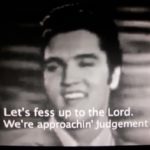 Don’t Be Crude is part of a series of videos made for the “Day WithOut Oil” project, commemorating the disastrous BP Oil spill in the Gulf Of Mexico in 2010.

New England Connection: Jay Critchley was raised in Forestville, Connecticut and has lived in Provincetown since 1975.

Director(s) Bio:: Jay Critchley is a multi-media performance artist based in Provincetown, Massachusetts whose work and activism have traversed the globe, showing in Argentina, Japan, England, Holland, Germany, Columbia, France and Spain. He was recently featured on LOGO TV and BBC/UK. His 2011 exhibition in Chelsea, NYC received key reviews in the New York Times, The New Yorker and the Village Voice. Toilet Treatments, won an HBO Award at Provincetown Film Festival. He has taught at the Museum School at MFA Boston, and has had residencies at: Harvard University; AS220, RI; Williams College; Real Art Ways, Hartford; Milepost 5, Portland, OR; Fundacion Valparaiso, Majocar, Spain; and CAMAC, Marnay-sur-Seine, France. 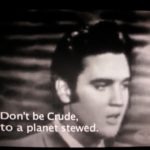