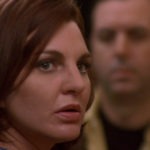 Director(s) Bio:: Sheila Curran Dennin has been writing and directing for film, video and multi-media over 20 years. Her work as been recognized by numerous awards, including two Freddies, one CINE and six Telly Awards. Her health films cover a range of topics including programs on HIV and AIDS testing for at-risk women and their partners, Clinical Trials for children, Big Brother/Big Sisters and Advance Directives aimed at gay couples living with HIV.
Her television work includes field production and interviews for several cable network programs, including Villians, Vixens and Superheroes, The Road and Biography. Television writing credits include projects for the SciFi Channel, Lifetime Television, Court TV and COPS.
She is currently at work on a feature film script.