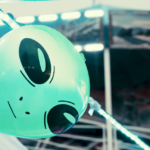 The North Woods is a short documentary about the Betty and Barney Hill Incident, a supposed “alien abduction” that occurred in 1961 in the unique rural, heavily forested, mountainous region of Northern New Hampshire, USA.

New England Connection: Shot on location in New Hampshire, the documentary is about a story set in NH, and I (the director) live in NH.

Director(s) Bio:: Adam Bartley is a third year Ryerson University film student. When not in Toronto studying, he resides in Jefferson, New Hampshire, United States. Adam has an affinity for both narrative and documentary, and holds a passion for the camera side of things. Apart from studying and making film, Adam is also a qualified railway conductor, volunteer on Androscoggin Valley Search and Rescue in NH, and truly loves the outdoors.