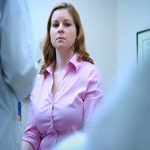 Director(s) Bio:: Born and raised in Mamaroneck, NY, Chris Portal initially set out for Cornell University and a career in software development. In 2005, Chris started to explore his film interests, enrolling in the New York Film Academy where he made Pamela, a short film that was critically praised by the program directors. The success and encouragement Chris found there, led him to Boston University's Center for Digital Imaging Arts (CDIA) in 2007, where he worked on a number of narrative and documentary shorts. Outside of CDIA, Chris worked on The Aristocrat, an independent, feature film for Three Times Productions.
White Elephants is Chris' CDIA final project and directorial debut. The film was recognized by CDIA’s program directors for Best Narrative Film, Best Director, and Best Cinematography. It has gone on to screen at numerous festivals, including the Boston International Women’s Day Film Festival, Boston International Film Festival, and Independent Film Festival of Boston. 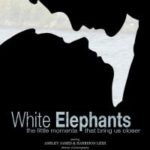