Director(s) Bio:: Craig Saddlemire is an independent videomaker living in Lewiston, Maine. His production company, Round Point Movies, produces documentary and experimental video for artists, non-profits, and political organizing groups. Craig is also the co-founder of the Maine Video Activists Network and is currently distributing a feature documentary about community organizing and urban renewal in the City of Lewiston. You can see his work online at www.roundpointmovies.org. 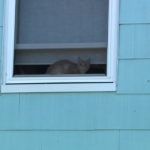