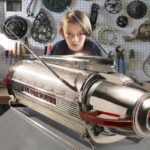 Director(s) Bio:: Alfred Thomas Catalfo is a screenwriter, director, SAG actor and attorney. He has been a winner or finalist in 35 major screenwriting competitions with five different feature scripts. Catalfo has written and directed 8 short films. In 2006, he wrote, produced and directed THE NORMAN ROCKWELL CODE, a 35-minute, Web-based spoof of The Da Vinci Code that was featured on The Must List ("Ten Things We Love This Week") in Entertainment Weekly, had more than one million online views in three months, and became one of the Web's first international hit films. Other short films he has written, produced and directed include BIGHORN, a 15-minute, supernatural historical fantasy that was the subject of full-page stories in the New York Daily News and Boston Herald and winner of the 2011 Online New England Film Festival. Nathaniel Philbrick, Pulitzer Prize-nominated author of the New York Times Bestseller "The Last Stand," applauded BIGHORN on his blog, calling it "an ingenious and demented intermingling of the Battle of the Little Bighorn with the New England Patriots" and telling his readers "You've got to see this movie!" Catalfo's latest film, A SPLIT TICKET, is currently in post-production.