At the end of his greatest adventure, Skillman has vanquished his nemesis, recovered the priceless artifact, and saved his latest lover from certain doom. But as he struggles to figure out what comes next, his lady begins to realize her confident, capable man hasn’t the first clue what to do once the guns are down.

Director(s) Bio:: Dylan Allen is an award-winning writer and director based in Greenpoint, Brooklyn, where he founded Amalgamated Picture Co. His screenplay "The Reservoir" won StoryboardTV’s National Teleplay Competition, and his most recent film, Epilogue, premiered at the 2013 Tribeca Film Festival. He is currently developing his first feature, a rock and roll sci-fi adventure set in Nashville, TN. 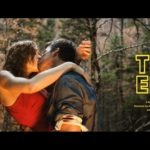