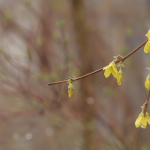 The Longest Year represents a filmmaker’s attempt to understand and work through a personal, tragic, life-altering event through the memories of friends and loved ones who shared the experience.

Director(s) Bio:: Jessie Beers-Altman is an independent documentary filmmaker and editor. As a storyteller, she focuses on human-interest stories about people who are marginalized, march to a different beat, or simply seek to exist outside of their prescribed roles. In 2016, her film Going the Distance placed second in NBC Sports’ inaugural Cptr’d Filmmaking Competition at SXSW, and won the Grand Jury Award for short documentary at the Independent Film Festival of Boston. Jessie teaches a special topics Social Activism Documentary course at Boston University, and she is on the board of the Non-Fiction Cartel, a working collaborative that supports short form documentary media-making in New England.