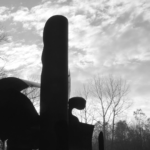 Craftsmen are dwarfed by giant, abstract sculpture in Memorial, an experimental documentary. Monumental sculptures appear first as silhouettes, emphasizing their geometric purity and reminding us that cinema itself is act of reduction and representation. Human craftsmen provide scale, and the eyes through which we perceive the work. Crawling about and even soaring, God-like, over the rusty plates and tubes, they simultaneously humanize and deify this inanimate work. Archival footage introduces a sense of temporality, and asks us to consider how the scales of time differ for humans and our creations.

Memorial chronicles the complete lifecycle of its steel subject, but leaves the biggest question—why must it be destroyed?—to the audience. In considering this, we confront our own mortality and choices to express ourselves through art, even if it will not outlast us.

New England Connection: Mr. Pender-Cudlip grew up in northwest Connecticut (where the film was shot) and now lives in Boston, Massachusetts.

Director(s) Bio:: Ben Pender-Cudlip is the director of "Dawnland" (now in post-production), a feature documentary about the first truth and reconciliation commission for Native Americans. His work has appeared on public television and at film festivals internationally, with support from the W.K. Kellogg Foundation, LEF Foundation, and Good Pitch. He graduated from Bard College at Simon’s Rock and lives in Cambridge, Massachusetts. 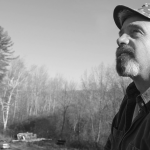 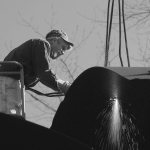