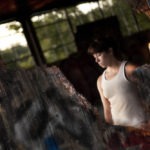 Liz documents the profound personal journey for survival of a young woman named Liz Leddy. Homeless at 13, Liz lived a tragic life of despair, raging behavior and a brutal fight to survive on the streets. Living in abandoned buildings on the waterfront of Portland, Maine, she battled alcoholism, an eating disorder, being raped, beaten, and a dark world of chaos. Eventually, her self-loathing led to daily thoughts of suicide. With raw grit and extraordinary conviction, Liz surrendered the struggle and found peace when she turned her fight to the boxing ring. She proved to be her own heroine in finding enough courage and strength to say yes to a new way of living.

Filmed over four years, we follow Liz as she reclaims her life from desperation, to a place of love, forgiveness and hope. Her dreams manifest as she becomes a favorite for competing in the 2012 Olympics…. the first time in history women have had the opportunity to compete in the Olympic sport of boxing. Liz’s story is an inspirational tale about a human being who awakens and relentlessly rises up through hard knocks, addiction, wins, losses, physical abuse, emotional abuse and self abuse to become an exceptional athlete and spiritually aware woman.

New England Connection: Produced and shot in Portland, Maine. Subject is a resident of Portland Maine.

Director(s) Bio:: As a filmmaker, Sharyn Paul Brusie directs, produces, edits and sometimes operates the camera. At a young age, she knew deep down she wanted to be involved with art and films. She attended art school, taught art, modeled, acted and finally reached a point where she wanted to use my own voice.

She produced a television segment for the Maine Public Broadcasting Network and took a workshop at Maine Media Workshops. Around the same time, she launched Wonder Dog Films. Since 2003, she's been producing TV segments and commercials, films for corporations and non-profits, as well as, independent films - both documentary and narrative. Her films have traveled to many film festivals, nationally and internationally, and have received numerous nominations and awards. The most rewarding part for her is telling a compelling story that moves and inspires people.

A still from the film Liz featured in the 2015 Online New England Film Festival. 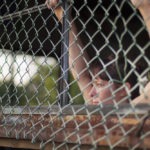