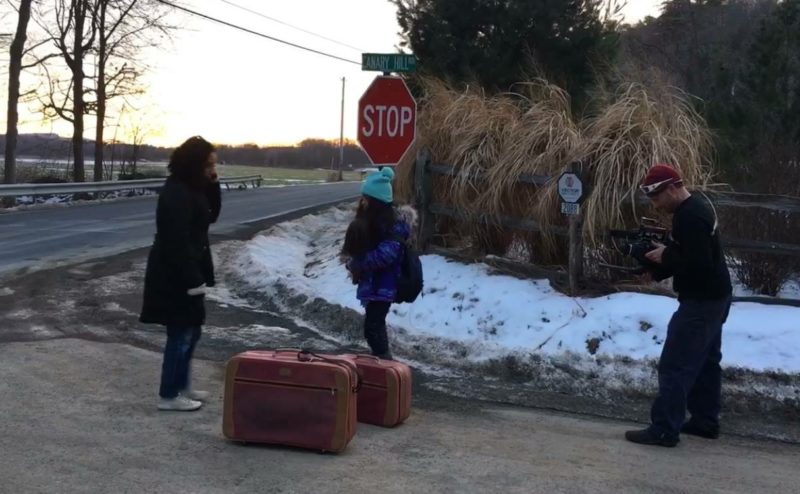 An immigrant mother gives up everything and flees America rather than face possible separation and deportation in the short film Four Keys.

Filmmaker Israel Brooks talks about the making of the short film Four Keys, which is screening through October 15 as part of the 11th Annual Online New England Film Festival.

The irony that the foundation of our nation is built on immigrants becomes all more apparent as our immigration policies become more and more hostile. Four Keys displays the reality that for many, this country is no longer a refuge but a place to flee from. As the story in this short film progresses, Rosa gives up each key that makes up her livelihood and what allows her to remain. Without them, it’s impossible for her to stay.

Four Keys is now streaming through October 15 as part of the 2019 Online New England Film Festival. Curious about the filmmaker of this important, poignant film, we caught up with Israel Brooks and gained some insight into the production process as well as the start of his career, and his advice to others on the same journey.

Brooks: I did not attend film school, but I did get to go to a very alternative elementary and middle school that encouraged us to experiment artistically. I made my first animations and short films there.

Brooks: Stories on the news about immigrants fleeing America for fear of being separated from their family.

Brooks: Woods Hole was the film’s first showing—it played to a packed house and received great comments and questions at the end. As a first-time filmmaker, that was a great experience. It also showed at Middlebury New Filmmakers Fest where it was nominated for Best Narrative Short and ITVF, which is hosted by HBO. We also “showed” at IMDB’s Independent Shorts Awards where it received the Gold Medal for Best Narrative Short.

Brooks: I had seen Aris Mejias (Rosa) in a feature film that she was in and asked if she would consider this little project. She loved the story and agreed to do it. I found the other actors through Backstage.

Brooks: We are in pre-production on a feature comedy titled The Bartender which we are filming on SAG low budget here in Vermont in December. We are also hard at work on getting attachments for our feature film Spanish Class which will likely film on a $2+M budget in Georgia spring of 2020.

Brooks: You better love it enough that you simply will not give up because it is easily the hardest industry on the planet to break into. Allow lots of time for planning and know that every project has it own time to become—and some will never be—thus endless patience is required.