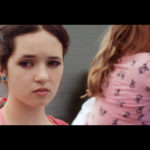 In returning to home to celebrate a Catholic feast, Sara faces a family that now feels foreign and a culture she no longer understands. Knightsville examines the painful disconnect, and deep connection, one has towards home. It is a coming-of-age story unique to none, but set within the distinct backdrop of Rhode Island Italian American culture.

Named after a sub-community in Cranston, RI — where it was also shot — Knightsville’s story was largely inspired by family traditions and childhood experiences within a New England family.

Yet, Cranston was not only the inspiration of the story, but also a large supporter of the project. Between being generous in shutting down streets for the shoot, allowing us to shoot during the parade, providing the Madonna statue for multiple scenes, and even starring as additional actors, the community at large helped make the film happen.

Many of the speaking roles — apart from the two leads — were casted out of Rhode Island’s casting agency, LDI, or were Aly’s own family members! Non-actors helped carry the fiction film into the neorealism genre, and brought an authenticity that we could only dream of.

Director(s) Bio:: Aly Migliori is a NYC-based filmmaker who recently wrote and directed "Knightsville", a short film centered around Italian American culture. Her experience has covered the many aspects of production, with particular emphasis on directing and shooting. Vocationally, she also works as a DP and camera operator for narrative, fashion and commercial projects.

In 2015, her company Migliori & Fife launched. Specializing in cross-platform content creation for start-ups, they have been working continually with developing businesses. Their products range from music videos, to commercials , to online multi-tiered content.

Financed by: Corporate financing, Other 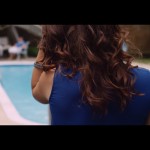