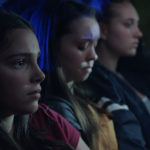 16-year old Juana risks everything when she sneaks out to a party to get closer to her crush, Robin. Because Juana has a secret none of her friends know about: she is undocumented.

New England Connection: Sara received her MFA from Boston University in 2015. She currently works bi-coastal in LA and Boston.

Director(s) Bio:: Sara Robin is a German director, writer, and producer based in Boston and Los Angeles. Her work focuses on stories of social empowerment across narrative and documentary formats. She is a versatile filmmaker who loves bringing her multifaceted experience to the table and can wear multiple hats on productions.

In 2019, Sara wrote and directed the undocumented coming of age short Cranberry Nights, that tells the story of a young Mexican American woman navigating her senior year of high school. The feature version of the film is currently under development in collaboration with screenwriter Shirley Miller.

Since 2017, Sara worked as a producer at Falkon (formerly Los York), a creative agency and production company based in Santa Monica. At Falkon, Sara produced projects for Nike and Air Jordan. Amongst her responsibilities were overseeing productions from concept to final delivery, managing client and vendor relations, and maintaining and optimizing internal operations. In early 2019, Sara co-directed and the 2019 Wings Scholars campaign together with Falkon founder and COO Dex Deboree.

In summer 2019 Sara co-produced the documentary feature Ride for the Living. The film was shot on location in Poland, Canada, and the US and examines the revival of Jewish culture in Krakow as a powerful example of a community healing from the horrors of genocide.

Sara is a Fulbright Alumna, and her student work at Boston University awarded her a place in Variety’s 110 Students to Watch List in 2015. 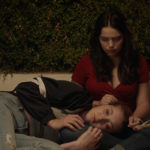 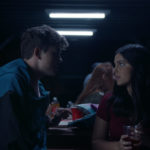