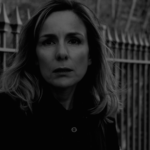 War-separated lovers from Bosnia Herzegovina meet again years later – she a hardened war correspondent, he a seemingly comfortable intellectual – when a fictional account of their story leads both to discover the true secrets and regrets that still bind them together.

Director(s) Bio:: Sanja Zdjelar, a native of Bosnia Herzegovina, holds an MA in Cinema Studies from NYU – The Tisch School of the Arts. Sanja’s production credits include location manager on Yugodivas, producer on Solstice, One Night and other shorts. Prior to that Sanja worked at WGBH for number of years in Educational Programming. Recently she taught Representation of Women in Film at Newton Community Education. Currently she works as independent producer/director/writer/editor. Regret is her third short film. 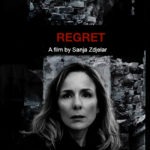