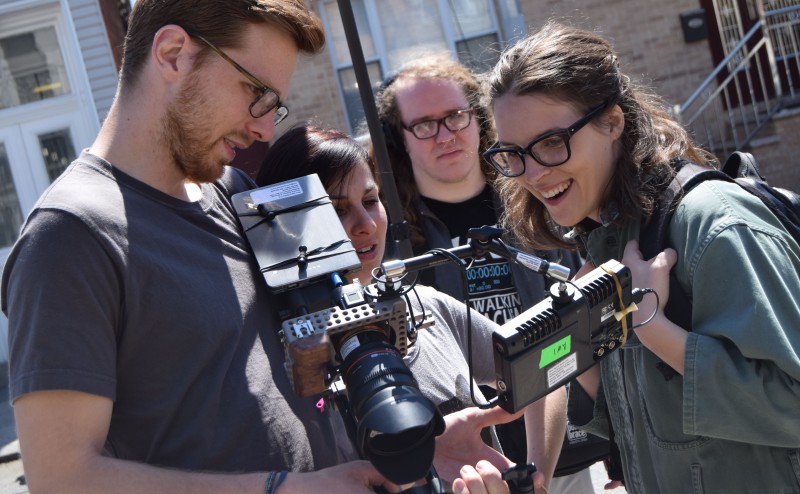 Festival Interview: All My Voice

An interview with Zoë Morgan Chiswick about confronting mental illness in her short All My Voice.

Providing a glimpse inside the mind of a brilliant, yet challenged scientist, the short film All My Voice, is now screening on NewEnglandFilm.com through October 15 as part of the 2016 Online New England Film Festival. Director Zoë Morgan Chiswick talks about how the project came to fruition, while also offering inspirational advice for aspiring filmmakers.

By providing a glimpse inside the mind of a brilliant scientist, Zoë Morgan Chiswick sheds light on the subject of mental illness with her short All My Voice, which is now screening on NewEnglandFilm.com through October 15 as part of the 2016 Online New England Film Festival. Here, Chiswick reveals to NewEnglandFilm.com how her project came to fruition, while also offering inspirational advice for aspiring filmmakers.

NEFilm: When did you decide to pursue filmmaking?

Chiswick: I discovered filmmaking at my university while I was studying languages. I made a few shorts and after I left school, I started working in the industry. I wanted to learn on the job.

NEFilm: How did All My Voice come to fruition?

Chiswick: It was made for the one month film challenge Flicks4Chicks, which supports women in film. It was such a great opportunity, not only to try and complete a film within a month, but also to tackle a subject that is very close to my heart: mental illness.

NEFilm: How did you gather a cast and crew for the film?

Chiswick: I started with a friend I made a short with previously, and between the two of us, we pooled enough friends who were keen to work on the project.

NEFilm: What are you working on next?

Chiswick: If you want to make a film, you will find a way. There are so many people out there who love filmmaking and would love to be a part of it. If you have a low budget project you love, make sure to get people who are just as excited to make it. Creating a film takes a lot of time and effort, so you need other people who want to do great work. You can make anything with a seemingly small budget. And if there’s anything you can’t do, just learn how to do it yourself. Doing it yourself is always easier than asking for favors.

I also think it’s always good to have a focus or a message when you’re making a film. Once you have that, the film seems to take on a life of its own. Get your opinion out there, but make sure everything you’re doing is for the right reasons.

Watch All My Voice on NewEnglandFilm.com through October 15 as part of the 2016 Online New England Film Festival.