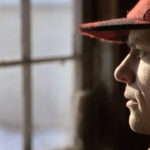 Heart & Hand, is a short narrated, poetic tale about a farmer, his farm, the animals and the cycles of life. It gently carries you through seasons of continuity, death and rebirth.

New England Connection: I was born and raised here in Maine. I still make it my home.

Director(s) Bio:: Sharyn Paul Brusie is a filmmaker who lives in Maine. She founded Wonder Dog Films in 2003 and is a director, producer, writer and editor. Over the years, Sharyn modeled and also acted in tv commercials. Eventually, she put her focus behind the camera to share her own vision of how she saw the world. She started producing and editing segments for MPBN’s “Made in Maine" show, as well as, “The Maine Experience.” She studied film at the Maine Media Workshops in Rockland, Maine. Wonder Dog Films has created numerous commercial videos and several independent films which have traveled to various festivals throughout the U.S. and internationally. Sharyn’s films, including her documentary, “Liz,” have received a number of honors and awards. In 2015, "Liz," won the Audience Award in the Online New England Film Festival. She holds a BFA in Photography and Jewelry from MECA and a BS in Art Education from Lesley and USM. She loves to spend time with her husband, Kevin Brusie, a photographer and videographer and her dog, Jack. Sharyn is also pursuing her life-long passion of creating art and paints figurative work on large canvases.