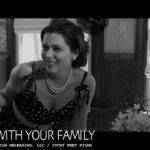 How to have the perfect dinner with your family… A short comedy from the award-winning team of Richard Griffin and Jennifer Scharf.

Director(s) Bio:: Richard Griffin was born in Providence, Rhode Island in 1970. In 1989 he started working in local television, producing everything from television commercials to an award-winning magazine program titled Rhode Trip. After retiring from television in 2004, he started the film production company Scorpio Film Releasing with his partner Ted Marr. Since then they have produced over 13 feature-length movies, all of which have received worldwide distribution, and have been winning awards from film festivals around the globe. 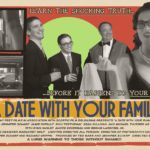