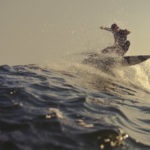 New England Connection: Both Dylan Ladds and Ryan Scura were born and grew up in Concord, New Hampshire. The film is about the New Hampshire surfing community, but also extends to a more general New England mind set.

Director(s) Bio:: Ryan and Dylan have been making movies together since they were in seventh grade. They graduated from college in the spring of 2011 - Ryan from Middlebury College, and Dylan from the Rhode Island School of Design - both having studied film and art. Since then, they have been working on The Granite Stoke - a documentary about New Hampshire surfers, and started their own production studio, Dooster. 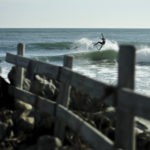