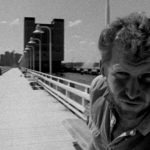 New England Connection: Director Christian Wilfong was born and raised in Stow, Maine. He went to college at Fitchburg State in central Massachusetts. Although he lives and works in New York City now, his first love will always be New England. Stranded's Sound Recorder and Camera Assistant, George Cook and Shane O'Reilly respectively also went to Fitchburg State. George is from Maine and Shane is from New Hampshire.

Director(s) Bio:: Growing up in Stow, Maine director Christian Wilfong always dreamed of making films, not just with his Hi8 camera but with actual film; the same magical substance that was used by all of his filmmaker idols. The beauty of Maine's natural landscape inspired him at a young age to be curious of his surroundings. When his parents gave him his first camera (a Kodak Star 110) he was thrilled at the chance to capture and save his experiences from his point of view. His love for still photography quickly advanced to video making, a passion that has stayed with him through college and into his present life. Christian loves creating moods, which is his motivation for storytelling. He currently lives in New York City and works as a director/producer of TV promos for Viacom. 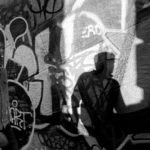