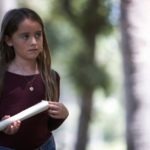 Ten-year-old Kate has confusing parents; her self-absorbed father is attractive and indifferent and her anxious mother is loving and controlling. One day after school, Kate is asked by a strange man to take a ride with him. Encouraged by the unknown man’s kind words and easy manner as well as the excitement of doing something secret from her parents, Kate decides to make her first break from mom and dad’s guidance and take a different route home.

New England Connection: Kristina Lear was born and raised in Vermont. This past year, Kristina curated a program of short films by women for the Green Mountain Film Festival in March.

Director(s) Bio:: After graduating from Sanford Meisner’s Neighborhood Playhouse, Kristina began working as an actress with the renowned Circle Repertory Company in New York, dedicated primarily to developing new plays. Often working on projects from first reading through to production Kristina originated roles in works by Paula Vogel, David Mamet, Joan Ackerman and others. She continues to work as an actress in theater, film, and television.
Kristina comes from a family of writers, builders, and visual artists and has always had a strong interest in character, aesthetics, and design. After primarily working as an actress, Kristina embarked on writing and directing and with her first and original screenplay, Cough Drop, was one of eight women awarded a grant and fellowship to the prestigious Directing Workshop for Women at the American Film Institute.
Cough Drop, starring Julia Di Angelo, David Warshofsky, James Le Gros, and Marin Hinkle was selected to premiere at the Tribeca Film Festival, has received best film and honorable mention awards, played in over twenty-five festivals in the US and abroad, sold in several markets, and continues to receive screening requests from around the world.
Dedicated to the development of new work, Kristina has served as Associate Artistic Director of the Echo Theater Company in Los Angeles. The company’s recent productions include the west coast premieres of Kate Robin’s (Six Feet Under) Anon, Pulitzer prize nominated Sarah Ruhl’s Melancholy Play and Jessica Goldberg’s Body Politic. Kristina also starred in the productions of Anon and Body Politic. With the Echo, Kristina developed and taught ACTOUT, an ongoing writing and acting program for incarcerated boys in the California Youth Authority system.
Kristina recently began programming for The Green Mountain Film Festival in Vermont, and Spool MFG, an artist’s collective in upstate New York. This year she inaugurated a line up of shorts by women from around the world.
Kristina is currently a finalist at the 2013 Sundance Screenwriting Lab with her first original feature film, a script that she also intends to direct.
She lives in Los Angeles with her husband, their young daughter, and her stepson. 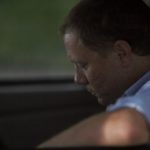