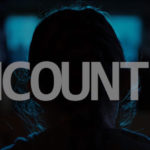 A woman must fight off a mysterious force encroaching on her independent and isolated lifestyle.

New England Connection: Encounter was created in a combination of three New England states. Cornwall, Connecticut was were principle photography took place. Portsmouth, Rhode Island was used for the exterior farm shots. All of the crew operated out of Boston, Massachusetts, most Alumni of Emerson College located in the heart of the city. The director was born and raised in Hanover, Massachusetts where his family has lived for three generations. Our lead actress is originally from the Boston area and spent the majority of her career working in New England. Our special effects were created by Sean Cardwell, a NH native who is most commonly found in the white mountains when not in his office. From start to finish, every aspect of this film was created in New England.

Director(s) Bio:: Michael O'Connor's interest for video begin in his neighbor's backyard making stop motion animation with the cutting edge Digital Blue Digital Movie Creator. From there he filled in where a friend's production would need him through high school. Michael graduated from Emerson College in 2017 with a BFA in film production. His thesis film "Impact" was Michael's first time in key roles of production and was more widely released in 2019. Michael's background is in post-production, where he does commercial motion graphics and editing for a global life science company. He also creates educational videos, music videos, and event videography through additional freelancing. Michael resides in the greater Boston area with a lifelong attachment to New England.