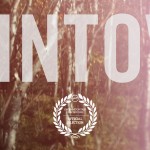 An allegory about a young woman who becomes lost in the Vermont woods while searching for a fabled ghost town. This is first part of a three part series. The second, Fire was completed in the summer of 2016.

Director(s) Bio:: Ben owns a small production company that imagines and creates content for those who wish to hire him. He is an experienced camera operator/DOP, writer and director. His projects range from short films, feature films (www.briefreunion.com) and television commercials - plus everything in between.