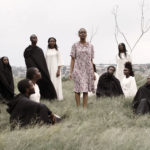 A re-imagining of Les Miserables, set in the township of Alexandra, South Africa.

New England Connection: Director Andrew Mudge grew up in MA, and presently lives with his family in Cambridge.

Director(s) Bio:: Andrew Mudge is a writer/director based in Cambridge, MA. A Sundance alumnus, his music video “KNIGHTS OF BOSTONIA” won the MTV viewer’s choice award, and his short film THE PERFECT GOOSEYS was acquired by HBO, and won him the Chrysler Million Dollar Film Festival. His debut feature film, THE FORGOTTEN KINGDOM, was selected for the IFP Narrative Filmmaker Labs, and has garnered top awards at over ten international film festivals, as well as seven nominations and three awards from the African Movies Academy Awards (AMAA).