The Newlywed’s Guide to Physical Intimacy 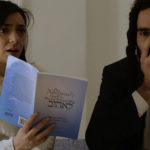 Inspired by a real self-help book of the same name, “The Newlywed’s Guide to Physical Intimacy” tells the story of a Hasidic couple tasked with consummating their marriage on their wedding night. The trouble is, no one ever taught them how. Starring: Felix Teich and Julie Benko.

New England Connection: The team for this film boasts a connection to every state in New England! Felix Teich (Actor), Haley Demar Olmstead (Director of Photography), Jason Yeager (Original Music), and Jason Anick (Violin) are all Massachusetts natives, hailing from Brookline, Norwood, Framingham, and Marlborough, respectively. Jason Yeager (who was educated at New England Conservatory, Tufts University, and Berklee College of Music) and Jason Anick (who was educated at the University of Hartford, used to live in New Hampshire, and currently resides in Maine) are both currently on faculty at Berklee. Julie Benko (Writer, Director, Editor, and Actor) is a Fairfield, Connecticut native and has performed as an actress on many New England stages—namely, Weston Playhouse in Vermont, Barrington Stage Company in Western Massachusetts, the Opera House in Boston, the Providence Performing Arts Center in Rhode Island, and the Bushnell in Hartford, CT. Jennifer Mogbock (Producer) sadly cannot name any direct New England connections, but does enjoy Maine lobster from time to time.

Director(s) Bio:: Julie Benko is an award-winning actress, writer, and singer based in New York City. Julie holds a BFA in Drama from NYU's Tisch School of the Arts. She is currently an MFA candidate at the lauded Graduate Acting Program at NYU-Tisch, due to graduate in the spring of 2021.

As an actor and singer, Julie has appeared on Broadway and in National Touring companies of such shows as "Fiddler on the Roof," "Les Miserables," and "Spring Awakening." Favorite Off-Broadway and regional productions include "Once," "The Fantasticks," "Our Town," "Goldstein," "Bar Mitzvah Boy," "Rags," and more. 2017, she won the Gold Medal and the Johnny Mercer Award at the nationally acclaimed American Traditions Vocal Competition. Her debut jazz album, "Introducing Julie Benko," was released the same year and is available on all digital music streaming platforms. Her short film "The Newlywed's Guide to Physical Intimacy," in which she also stars, marks Julie's debut as a writer, director, and filmmaker. 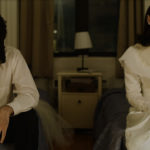 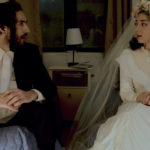