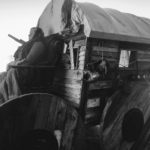 A stern matriarch and her nomad family profit off war, but the cost becomes too high when the youngest male in the family disappears.

Director(s) Bio:: Director John Griesemer is a professional stage and film actor; the author of the novels "No One Thinks of Greenland" (adapted into the film "Guy X") and "Signal & Noise." Whittaker Ingbretson is the cinematographer.