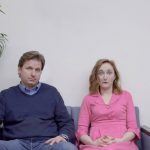 Sandra uses food to express her emotions, for better or for worse. Will her husband become a victim to food, or will he drown in deliciousness?

New England Connection: All crew and cast reside in Massachusetts.

Director(s) Bio:: Yvonne LaBarge is an award-winning writer/director as well as an acclaimed script supervisor (Yvonnetinuity: Digital Script Supervising), an editor, and still photographer. Throughout the span of her career she has script supervised over 40 different projects ranging from short films and features to TV pilots, music videos, web series, commercials, and corporate videos. Her most prominent directorial work is a short superhero film about female empowerment entitled, “The Womanhood” (2012), which received international acclaim during it’s festival run.