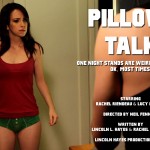 Two friends, Jenny and Sophie, meet up for coffee in the park. When Jenny complains about a guy she’d been seeing, Sophie illustrates how much worse she could have it.

New England Connection: Lincoln L. Hayes and Rachel Riendeau-Hayes live and work in Burlington, VT and were the recipients of the Goldstone Award and the Screenwriting Award from the Vermont International Film Foundation's Vermont Filmmakers Showcase in 2015.

Director(s) Bio:: Neil Fennell earned his degree in Musical Theatre from the University of Northern Colorado, and has been performing, directing, and self-producing in many locations, including Austin and Minneapolis. Since moving to NY a decade ago, Neil has been extremely active as a film and theatre director.

A self-taught filmmaker, Neil currently works for Jack Morton Worldwide as their resident video editor. Over the past five years, Neil has had the opportunity to create over hundreds of pieces of corporate and creative content for Jack Morton. Neil's web series, pilots, and short films can be found at: www.neil-fennell.com 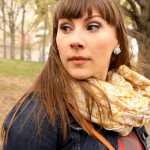 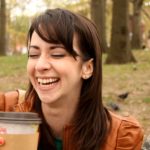