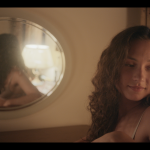 It’s a rainy evening in an old boarding house. A pair of young lovers are interrupted by a string of familial strangers. Antagonism mounts. One overwhelmed mind comes into focus.

New England Connection: The writer/director, editor, composer and cast are based in Rhode Island.

Director(s) Bio:: Laura has written and directed three features: TAX DAY (1998), STAY UNTIL TOMORROW (2004), and the Independent Spirit Award-winner BREAKFAST WITH CURTIS (2012). Her shorts include narratives STATUARY and THE FLYING ELECTRIC, and CHRYSKYLODON BLUES, filmed behind-the-scenes on Paul Thomas Anderson's INHERENT VICE. Her films have screened at well over 100 festivals internationally, winning over 25 awards. Her features have all been on Netflix, Fandor and other online platforms. BREAKFAST WITH CURTIS was released theatrically in several cities by Abramorama/Bond 360. 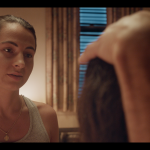 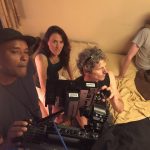