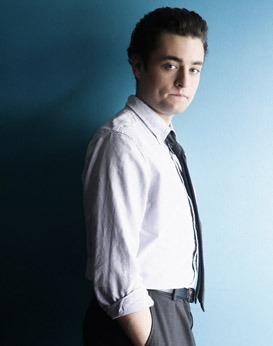 Creating a Trailer Before You Even Have a Film

Share
Don't have the money to make your film? Consider making just the trailer to attract interest -- that's what independent filmmaker Erik Bloomquist has done.

Twenty years ago, an unknown writer had to beg agents and traditional publishers to look at his or her book manuscript, or else come up with thousands of dollars to print it. Now it is possible to self-publish that same book and market it with little or no upfront cost at all.

Unfortunately, this no-cost model does not necessarily apply to a filmmaker looking to produce a quality feature film. Production costs can still run well into six figures or more—cheap by Hollywood standards, but astronomical for a struggling young producer/director.

Nevertheless, a motivated artist will often find a way. Take Erik Bloomquist: the 21-year-old Hartford, Connecticut native and Trinity College student has a vision, but little money to back it. Still, he believes in himself enough to forge ahead, deciding on a method that has grown in popularity these past few years.

Taking what little money he could dredge up, Bloomquist has produced a movie trailer for his film, Founders Day—a film that does not exist yet. He is hoping his concept trailer will be enough to show off his vision—and, just as important, his skills.

“Trailer editing is a very specific thing,” Bloomquist recently said. But by doing it right, devoting many hours to every phase of its production, Bloomquist hopes he has created something that, “proves my merit as a writer and film director.”

A movie trailer is, of course, nothing new. A marketing tool going back to the early days of film, the trailer was invented to entice viewers into seeing a new film that was already in the can, or at least well into production.

In this case, though, there is no finished film to promote. Rather, the trailer for Founders Day is intended to attract investors for a full-length production of Bloomquist’s screenplay. With that in mind, the concept trailer was edited to be every bit as alluring as the ones we see every day on television or at the cinema. Even more so. We are all familiar with the modern version of movie trailers. Trailers not only tell us a little bit about the cast and the plot, they visually motivate us with clips of improbable stunts, sweeping action and titillating love scenes—all in under two minutes.

Hollywood has become so good at making its trailers, they’ve become something of an art form in themselves. Many of us actually look forward to watching them, like Super Bowl commercials. So perhaps it was inevitable that the art form would eventually come to be used as a tool for selling a movie before it has even been made.

Now, a filmmaker with talent and vision—but empty pockets—can still bring that vision to life by showing off his or her idea in the form of a trailer, hoping to entice the right people into chipping in.

And it works. There is even a festival for trailers, the International Movie Trailer Festival (IMTF), which has a category for trailers of films that have not yet been produced. Trailers are also used for promoting films online at sites like Juntobox.

Bloomquist says he feels a good trailer is more than just action clips and plot clues. In the case of Founders Day, he saw it as an indispensable means of creating a specific atmosphere. One that viewers would want to immerse themselves in for a couple of hours.

“A lot of movies don’t have a distinct mood anymore. They’re cookie cutter. I wanted a holistic experience. I want movies to be an event and I feel they aren’t anymore. I didn’t want to just string kills together,” he said of Founders Day. “The plot is thoughtful. There’s something really intangible you can’t put into words.”

But his trailer needed to get that across in two minutes, not an easy thing to do. “I needed something to share with people in some way. [To] show what Founders Day already is,” he explained.

By all accounts, his trailer is creating that atmospheric magic he had hoped for. “People are already asking when they can see it, when they can buy their tickets.”

Bloomquist is no stranger to film and television, having acted in commercials and indies, as well as theater and an upcoming PBS miniseries. He has also directed web commercials for local businesses. And he has always had a passion for scary movies. Yet he often found himself disappointed, not so much in the plot or technical aspects, but in the whole feel of the film. For this reason, once the Founders Day screenplay was completed, Bloomquist’s strategy was to sell his idea not through that script, which would get into the hands of only a few at a time, but through visual proof of its viability. “I wanted to raise awareness and prove the market. Build momentum,” he explained.

By going the trailer route, Bloomquist set out to “capture the essence of the movie” as well as possible. Thus the Founders Day trailer is a mini-movie in itself—without any spoilers, of course—instead of one scene or even a few loose scenes cobbled together, as in other trailers.

Founders Day is a thriller set in a small town preparing for its bicentennial celebration. On the eve of the celebrations, a murdered body turns up, but a suspect is quickly jailed and the town decides to proceed with the festivities. But then, as Founders Day gets into full swing…

The trailer is getting lots of attention, not only on YouTube, but on numerous blogs and news outlets. Bloomquist also has a number of radio and TV interviews lined up to help get the word out. If everything comes together as he—and a lot of enthusiastic fans of the genre—think it will, full production may begin as early as fall 2014.

For more, see the trailer at www.foundersdaymovie.com/the-concept-trailer.html.

For more, see the trailer at www.foundersdaymovie.com/the-concept-trailer.html.