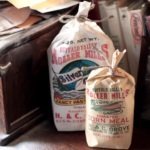 Over the past half-century, water-powered grain mills in Pennsylvania either converted to electric or shut down completely. In Union County, only one remains. Miller Curt Falck is doing something different — he turns grain into flour and animal feed using water power. This beautifully shot short documentary offers a glimpse into the past through the day-to-day operations of Grove’s Mill on Buffalo Creek. Something Different offers a glimpse into a world that many people will never see in their lifetimes — a working gristmill running on water power.

Director(s) Bio:: Erin Murphy is a documentary producer and educator who is particularly interested in short-form storytelling. She has worked in higher education for the past five years, teaching production and helping others produce their own videos. Erin's most recent documentary work focuses on a fully operational gristmill in central Pennsylvania. She is currently researching her next project, a short history of the axe in Maine. 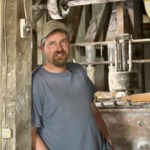