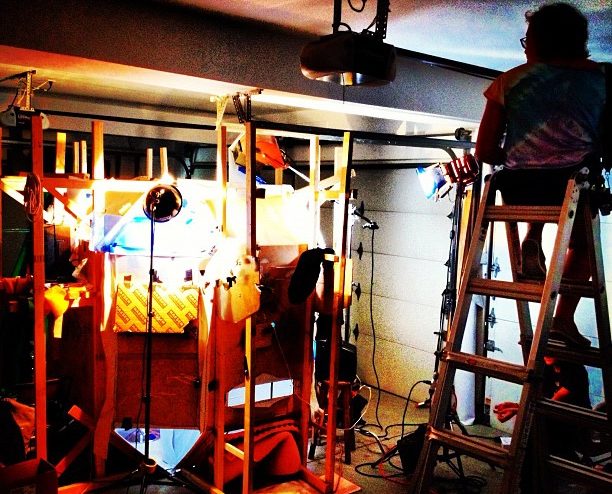 Share
You’ve written your film, shot it, edited it, and now you’re ready for the festival circuit. Check out this advice from the seasoned filmmakers of the Online New England Film Festival.

Film festivals seem to be popping up as often as pop up restaurants. In Massachusetts alone, we have fests from the top of the alphabet at Cape Cod to the end of the alphabet at Woods Hole, with 29 other ﬁlm festivals in the middle. And there are plenty more from Maine to Rhode Island. Some are genre speciﬁc, from Gay and Lesbian Film Festivals in both Connecticut and Rhode Island, the Bike Film Festival in Mass, to Jewish Film Fests in every New England state. These festivals now provide a healthy market for up-and-coming ﬁlmmakers to show off their wares.

NewEnglandFilm.com asked some of the Online New England Film Festival ﬁlmmakers, who are now veterans of applying to ﬁlm festivals, what words of wisdom they could pass on to those who are considering entering the populated fray in pursuit of entry into the ﬁlm fest circuit.

Derek Dubois (Fallout) has opted to saturate the festival market but Peter Rosati (Le Blue Stella), along with Steven Subotnick (Fight) and Shamus Alley (Back Around), all agree that you must choose your festivals wisely. Do your homework. Research the ﬁlms each festival has presented in the past to ascertain if that festival is a good ﬁt for your work, and what kind of categories, length, and tone or style that the festival might be known for. Jacob Bann (Good Taste) feels that some festivals are so large, there’s often little chance of a newcomer being selected, so best to choose a mid-size or smaller fest that’s still large enough to get you some publicity should your ﬁlm gets selected. What about festivals across the sea? Melike Kocak, aka Golden Sweet (You Are Meow), thinks you should enter in festivals around the world. Erin Murphey (Something Different) urges those who are budget conscience — and frankly how many ﬁlmmakers can afford not to be? — to choose festivals you can get to easily with little expense.

Practical can be good. Peter Rosati points out that in your enthusiasm for entering as many festivals as you can, make sure you actually have the time free to attend if you’re accepted. Mike Robida (Vanilla) also reminds us that talking to other ﬁlmmakers is a great way to not only learn tips of the craft, but also to learn about festivals and make connections. Jean-Marc Le Doux (The Save) urges filmmakers to hustle their films and use festivals to sell, sell, sell, because nobody else will do it for you.

And before the actual submission, there’s the actual work of ﬁlmmaking. Kyp Pilalas (Date?) reminds ﬁlmmakers that even really solid production values can’t hide a bad script. Having enthusiasm about your work is great, but making sure you’re ready to actually enter festival competition is important, as it’s your time/ﬁnances and possibly reputation that would be wasted.

Other avenues for getting your ﬁlm out there? Jean-Marc Le Doux opted to try a direct to consumer VoD distribution scheme and online DVD outlets, but he cautions that it’s very difficult to sell any film, let alone a short. He does recommend everyone check out upcoming site indierabbit.com. Steven Subotnick, along with several other ﬁlmmakers, post online. Shamus Alley agrees and reminds that the Internet, word of mouth, and Facebook can get people talking about your ﬁlm. Geoffey King (A Descending Man) relied on a local premier to get word out about his film, along with the social networking, Vimeo and the festival circuit. Jacob Bann has adapted his short to a feature ﬁlm and uses the short at festivals to pitch its full-length version.

Pretty much across the board, the fifteen ﬁlmmakers we spoke to chose the festival route as an important path to being seen, getting attention, and as a possible path to distribution. Even though most suggest being selective, Derek Dubois thinks the ﬁlmmaker should saturate the festival market. Geoffrey King adds that shooting for Sundance and Cannes doesn’t hurt. Making films is about shooting for the stars. So why not? Ultimately, Tyler Spindell (Love and Germophobia) offers a great outlook on a sometimes grueling, stressful process: “Enjoy!”