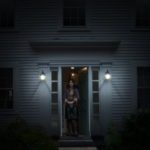 A disappearance. Is the lost eight-year old girl from rural New Hampshire truly gone, or has she become one of Les Enfants Perdus (The Lost Children)? Struggling with the balance between longing, obsession, loss and love, one mother’s pain leads her to see the child threaded through her days, even 10 years later. Her choices could cost those around her more than she knows.

Inspired by stories told by generations of New Englanders and French Canadians, the legend of Crooked Lane weaves a tale of fact and fiction to paint a picture of our longing for the ones we can not save. Can we ever overcome the legends of the Les Temps de Abattus (The Times of the Culled)?

Director(s) Bio:: Director Chase Bailey started in film and theatre in the 1960’s. He began with acting and directing, which then developed into his interest in production and all other creative aspects of the industry. In 2000, while working with MR. MUDD Productions in L.A., specifically John Malkovich, he had the unique opportunity to gain inside knowledge of the art of filmmaking. Chase is now the owner of the production company, Left Bank Films.
Chase has been Executive Producer on films such as The Libertine (2004) with Johnny Depp, John Malkovich and Samantha Morton; Drunkboat (2005) with John Goodman
and Dana Delany; as well as, The Life Before Her Eyes (2007) starring Uma Thurman and Evan Rachel Wood.
The Stag Hunt (2007) was his first return to acting since stage work in the 1960s. He has since had the opportunity to work as an actor on several occasions, however Chase’s real love is writing and directing. His first film was Here We Are (1972). Recently, he has completed his second film, Crooked Lane (2009), starring Ann Cusack and Brett Cullen.
Chase is constantly working with the film community researching new projects. The Tent, a novella written by Gary Paulsen was optioned and is currently in development to be his next film. Production will begin in early 2010.