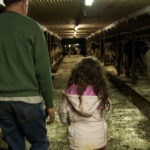 New England Connection: Co-directors Cecily Pingree and Jason Mann live on the island of North Haven, Maine, where they run a small production company, Pull-Start Pictures. Pingree was born and raised on the island.

Director(s) Bio:: Cecily Pingree is an independent filmmaker who began her film work with Big Mouth Productions in New York City. She has worked on stories ranging from the controversy surrounding media consolidation, to rural health in Africa, to fishing and farming issues in Maine.
She has also done commissioned work for clients such as Angela Adams Design, the Chewonki Foundation and the Small Planet Institute. Cecily also teaches video classes to youth.
Jason Mann is a cinematographer, writer and editor at Pull-Start Pictures. He worked for Compass Light as an editor on Discovery HD Theater's series Sunrise Earth. He was also the cinematographer on Lost Souls (Animas Perdidas), a documentary by Monika Navarro, which aired nationally on Independent Lens in 2010. 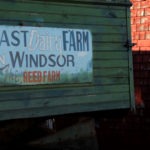