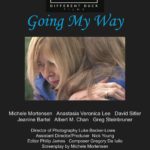 A devoted wife, mother, and grandmother decides to spend the remainder of her life on her own terms.

New England Connection: Michele Mortensen grew up in Reading, Massachusetts, graduated from UMass Lowell, and lived in New Hampshire from 2001-2019. She has appeared in over twenty feature films all shot in New England.

Director(s) Bio:: Producer, writer, director Rob Margolies graduated from Chapman University in 2005 with a B.F.A. in film production. During his senior year, he was awarded a scholarship that entitled him to be mentored by the Oscar-winning director William Friedkin. While in film school, Margolies also had the privilege of producing the first film from The Duffer Brothers, creators of Stranger Things. In 2009, Rob was honored by Chapman University as Alumnus of the Year. 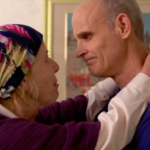