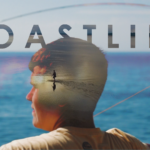 Coastline is a film about a young man’s passion for fishing and his journey to catching the fish of a lifetime.

New England Connection: Coastline is truly a New England film. Shot and edited entirely in New England, the film showcases the natural beauty of coastal Massachusetts from the rocky shores of Cape Ann to the Brewster Flats in Cape Cod. Additionally, Coastline highlights the sport of striped bass fishing which garners a large, dedicated community throughout New England.

Director(s) Bio:: Eighteen-year-old Massachusetts filmmaker Gus Hawley learned the craft by getting out there and making stuff. Coastline is his first significant project.