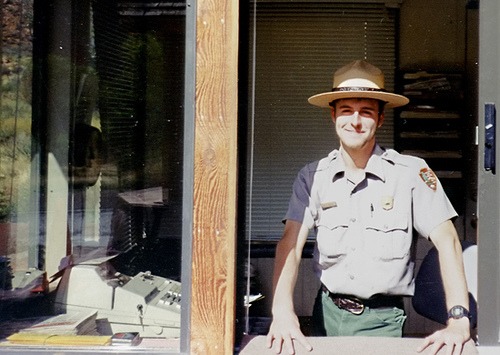 A Decade After Film School: Where Are They Now?

Share
Film school was ten years ago. What are my fellow alumni up to? Not film, turns out.

I attended an east coast film school. This means that I’m programmed to sneer automatically anytime someone so much as mentions UCLA, USC, or Chapman. Nothing personal, but as you’re reading those names, I am sneering.

But the value of a film school education, of course, isn’t where you went, but rather what you do with it.

As the 10-year anniversary of my entrance into a film program approaches, I decided to catch up with some of my former film school comrades-in-arms. What were they up to? What have they made? Were any of them venture capitalists with deep pockets and pants with holes in them?

My first stop was with Ryan Ellison, my junior year roommate. Ryan was interested in social justice and was known for his long, dreamy takes. Perhaps he’s now a famous cinematographer!

“Come again?” I asked him over tea and crumpets in Austin, “A park ranger?”

He nodded, his mighty lumberjack beard scratching everything in sight, “I love nature, and it’s something I’ve always wanted to do.”

“But… but…” I protested, “What about film school? Are you at least making videos of your exploits and posting them on film-school-forest-ranger.com?”

“Nah. I haven’t made a film since before we graduated.”

“But why didn’t you keep up with it?”

He shrugged. “The call of the wild, I guess.”

Well fine. Go look at rocks, then. My next stop was in Mississippi, where Gwen Maynard had taken up residence. Gwen was so good at editing on the Avid that the school had asked her to stay on as a full-time tech. Imagine! This woman had to be living the high life in LA, dusting off her mantelpiece of best editing Oscars on a weekly basis. Right?

Nope. Gwen’s a housewife with three kids. She volunteers at the local cable access station, teaching high school students and the elderly how to edit.

“Gwen!” I burst into her house uninvited, screaming, “What happened to you? Where’d your promising career as an editor go?”

She began sweeping up the shattered glass from the window I had burst through and said, “Life happened, I guess. I met a great guy, I’ve been blessed with three beautiful children, and now here I am.”

Begrudgingly, I helped her clean. “But you could’ve been the most sought-after editor in Hollywood! You were great!”

She said, “I’d rather have my three kids than an Oscar any day of the week.”

“What about on Fridays?”

Bah! I looked up Ann Banks, who I remembered for her dark, brooding films that had won two awards at the campus film festival. She was a gifted writer. Surely she was putting those talents to good use.

Ann asked me to meet her at her office in Virginia. Ooh! An office! She must have been busy, stoking the blossoming Virginia film scene in recent years. Good for her!

“Ann Banks, Esquire,” I read on her office door. She was a lawyer.

Ann, in a four-piece suit, sat across from me, leaning over her hand-carved mahogany desk. “Great to see you again!” she beamed.

“You too,” I said with trepidation, “Why a lawyer?”

“I always wanted to be one.”

“Then why film school?”

“Because I was interested in film that time of my life. Now I represent class action suits against mega-corporations. It’s been years since I’ve been behind a camera.”

I sat up straight as an arrow. “So you’re like Erin Brockovich? Are you making a movie all about yourself?”

She shuddered. “God no. You don’t want to see a movie made about what I do.”

“But Erin Brockovich!” I whined.

“Yes, Jared. Erin Brockovich. But in real life, it’s a lot more tedious, a lot more draining, and a lot more consuming than most people can even begin to imagine.”

She said, “Because despite the draining, consuming, and tedious aspects of it… when I win, I’ve potentially saved the lives of people who can’t otherwise save themselves.”

Pffft. Whatever. The last on my list was Jordan Lupinsky, a jack-of-all-trades. He acted, directed, produced, wrote, photographed, and even production-assisted like a pro. He had to be in the industry. Filmmaking was his life.

I went to LA and looked him up. Jordan Lupinsky – Tasty Snack Productions. Paydirt! A fellow filmmaker!

Jordan welcomed me into his office with open arms. His degree was displayed proudly behind his chair. Ah yes, our alma mater, the Culinary Institute of America… wait.

“Aaaaagh!” I yelled, knocking my caterer friend off of his chair, “How is it that I’m the only one still trying to make it in the industry? Park rangers, housewives, lawyers, caterers… what happened to all of you? I demand to know!”

Jordan smiled and said, “We’re still, each of us filmmakers at heart. A film school degree doesn’t mean that you have to make films for the rest of your life.”

“I’m a filmmaker, true, but I’ve also always loved cooking. Ryan’s always loved the outdoors. Gwen’s always wanted a family. Ann’s always been into helping people. You like telling stories. We’re united as filmmakers, but something else holds us together.”

I raised my hand. “I know! I know! We all want to make the world a better place by being ourselves.”

He pulled a freshly baked biscuit out from under his baker’s toque. “Biscuit?” he asked.

I nodded, grabbed it, and devoured it greedily.

I guess it doesn’t matter what you do after film school. While you’re there, you don’t just learn how to film things. You learn how to tell stories about people striving for happiness. Maybe, after making and watching so many of them… maybe it’s not a bad thing to want to make some happiness for yourself, regardless of where you went.

Or where you are.