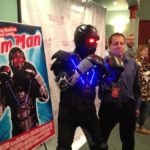 A faux infomercial for the boxing robot SLAM MAN, a Hard-Hitting Machine with a Screw Loose. Turn it on, set your skill level and start swinging!

New England Connection: All cast and crew, including the writer/director, producers and cinematographer, are from New Hampshire and the film was shot there. In 2014, Slam Man was an Official Selection of Boston Comic Con and the Rhode Island International Film Festival.

Director(s) Bio:: Alfred Thomas Catalfo is a screenwriter, director, SAG actor and attorney. He has been a winner or finalist in 27 major screenwriting competitions with four different feature scripts, and has directed seven short films including THE NORMAN ROCKWELL CODE, BIGHORN and ROCKETSHIP. His feature screenplay "Vulture's Row" was the recent winner in the Thriller category and runner up in the Drama category in the Nashville Film Festival Screenwriting Competition, out of 1,511 submissions. The script was also the Grand Prize Winner of the Rhode Island International Film Festival Screenplay Competition, and a Top 20 Finalist out of more that 2,500 submissions in the Slamdance Film Festival Screenplay Competition. 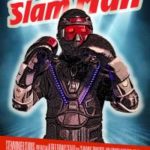 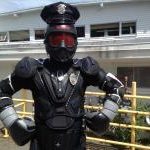