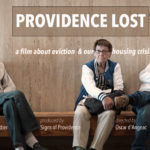 “Providence Lost” is a short nonfiction film that follows a family undergoing an eviction and their subsequent search for a new home. In 2018, the Trottiers were one of more than 8,000 households to be evicted in Rhode Island. Their struggle against soaring rents and a dysfunctional safety net is shared by a majority of renters across the nation. This portrait of a city divided, caught between the promise of glamorous development and the reality of our current housing crisis, forces us to reckon with the human cost of change, and asks us to imagine the possibility of a city for all.

We are very sad to inform our audiences that Madonna Trottier – friend, mother, and main character of Providence Lost – passed away on May 15, 2020. We share this film in her honor, as a testament to her struggle and strength.

Director(s) Bio:: Oscar d'Angeac is a founder of Signs of Providence, a media collective that focuses on social equity and the democratizing of digital storytelling. Through Signs, his short films have led to policy change in Rhode Island, such as the reinstatement of a public transportation subsidy for elderly and low-income residents. Oscar also teaches media workshops for community organizers and leads a community-based participatory research course analyzing data about the housing crisis at Brown University. He was granted the Housing Network of RI’s 2019 “Housing Innovation” award. 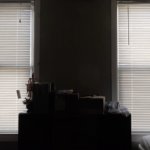 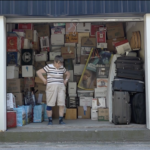