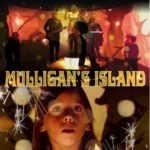 Five young travelers embark on a journey to find buried treasure and the fabled Mulligan’s Island. Part homage to the works of Georges Melies, part sideshow carnival with rich visuals that leap off the screen, this interpretive fantasy of We Govern We’s indie rock heartwarming single “Mulligan’s Island” will have audiences dancing in the aisles demanding a do-over.

Director(s) Bio:: Since graduating from the fledgling film program at New Hampshire's Keene State College in 1993, Jeffrey Blake Palmer has participated in numerous film, video and media productions from New England to California. The indie feature On the Fringe, shot in his hometown Dover, NH, is available on DVD. His award-winning horror/fantasy screenplay The Sleeping Deep recently won a "production opportunity" at the 2014 Film Quest Festival in Salt Lake City. Palmer's most recent music video Mulligan's Island for the L.A. rock band We Govern We has appeared at more than 20 film, music and art festivals as well as claiming several awards and nominations for Best Music Video. Palmer now lives in Somerville, Massachusetts with his wife Rebecca. 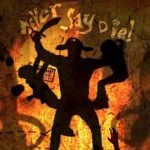