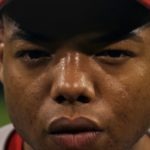 A distraught young pitcher finds himself alone on the mound; it’s the bottom of the ninth, bases loaded, no outs. With his team only up by one, and the crowd roaring in disapproval, the pitcher stares at one empty seat… this was never about a game.

New England Connection: Written/Produced/Directed by New Hampshire native, Jean-Marc Le Doux, and shot entirely in Nashua, NH at Historic Holman Stadium, The Save is a New England picture through and through!

Director(s) Bio:: Jean-Marc Le Doux is a writer, director, and editor. Since his first film in 1997, he has written, produced, edited, and directed award-winning commercials, short films, documentaries, and other multimedia presentations.
His formal film education includes studying screenwriting and film and digital cinematography at the University of Southern California’s School of Cinematic Arts during the summers of ’10 and ’11. In addition, he was invited to attend several other classes at USC taught by industry professionals. 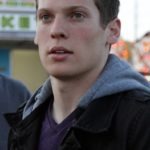