After a crushing breakup, Michael journeys through the five stages of grief. With the help of psychologist Dr. Lieber, he conquers his demons, stops obsessing and finally finds true happiness. Kind of. Sort of. Maybe.

Director(s) Bio:: Bill is a graduate of UCLA’s Film/TV program, where he won a student Emmy for comedy writing and directing. He has worked for HBO (LA) on projects including Tales From the Crypt, The Larry Sanders Show, and the Emmy Award winner From the Earth to the Moon.
Bill graduated from The Second City improv program and studied dramatic writing with Victory Gardens Theater resident playwrights.
Bill has also produced multiple titles for Veggietales, a Big Idea Productions series.
Stalk Much? a dark comedy short which Bill wrote and directed, has screened across the US and England, and has won two recent awards for Audience Choice and Best Short.
Bill works for Harpo Studios, is Adjunct Professor at DePaul University’s College of Digital Media, and writes, produces, edits and directs freelance projects.
He has a master’s degree from the University of Chicago. 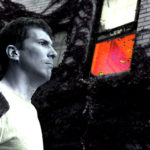