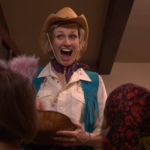 Alex gets ready for Halloween by dressing up as iconic characters and imagining that he actually becomes them. With the big night fast approaching, he must convince his older brother to take him trick-or-treating so the two of them can sneak tons of candy past their health-nut mom.

Director(s) Bio:: Daniel Persitz graduated from Yale University in 2003 and moved to Los Angeles to pursue a career in filmmaking. After working his first job as a Production Assistant at DreamWorks, he joined Robert Zemeckis’s production company, ImageMovers, where he worked in development for three years. Currently, he is working as a creative executive for the film division of Hasbro, developing movies out of brands like Transformers, Battleship and Candy Land. Outside of work, Daniel spends his nights and weekends writing. He has written several feature film scripts, and in 2005, he wrote and directed Annihilation, a 12-minute HD short that won Best Short at the OC ShortsFest. 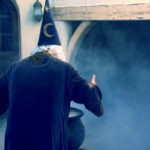