New England Connection: Stars Claire Dauge-Roth and Hannah Perreault, as well as little brother Aymeric Dauge-Roth, are all residents of Bath, Maine. The film was shot in Woolwhich, Maine where the producers, George and Shirley Roth (also grandparents), live. Cinematographer Emily Topper is from Baltimore and Production Sound Ryan Wilcox is from upstate New York.

Director(s) Bio:: Tamar Halpern’s recent doc Llyn Foulkes One Man Band premiered in competition in the 2013 LA Film Festival and releases theatrically 2014 (www.llynfoulkesfilm.com). It follows painter and one man band musician Llyn Foulkes for seven years until his rediscovery by the international art world at age 77. Called "an irresistible subject" by The Hollywood Reporter, Variety said it was “fascinating...with an air of a queasy thriller."
Previous writer/director work includes the feature film Jeremy Fink and the Meaning of Life starring Mira Sorvino, Joe Pantoliano and Michael Urie, based on the book by NY Times bestselling writer Wendy Mass. Halpern wrote and directed Shelf Life, called a “whip smart film that taps into a fresh source for American comedy” by Variety. It stars Betsy Brandt of Breaking Bad and the Michael J. Fox Show.
Halpern has an MFA in film production from USC, is an original founder of CitySearch, and has written and directed award-winning short films as well as commercials. Her short fiction has been published in Joyland, Retro and Byliner, winning the Sundress Best of the Net award. She is a two-time recipient of funded writing residencies at Hedgebrook and is currently working on a book based on her published short fiction.

Camera Used: something donated by Canon - thank you Canon! 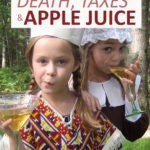